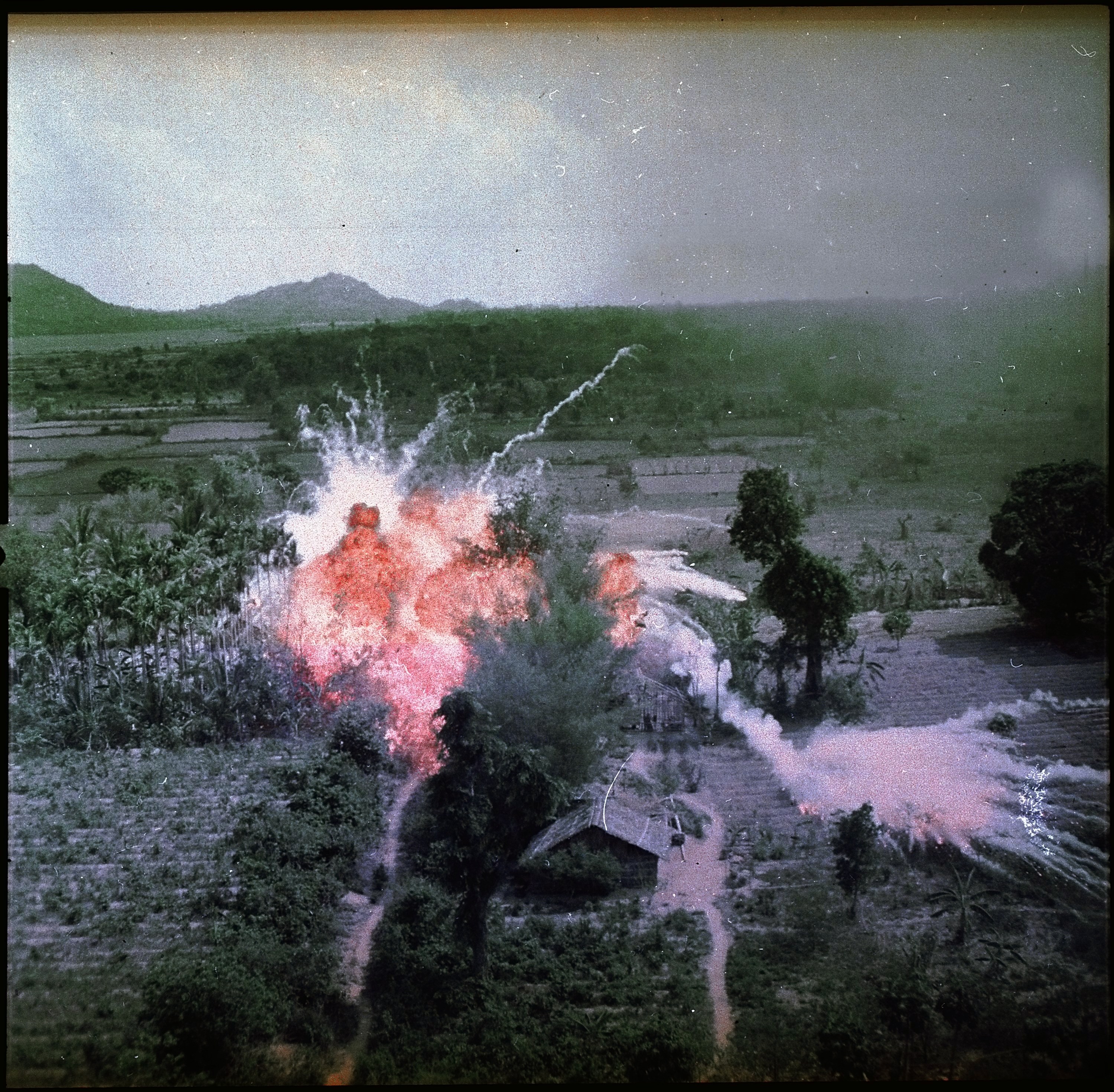 Who needs Monsanto's nasty pesticide Roundup when you can use napalm?! Know that sounds crazy, but history is on my side, for that is where napalm (a term derived from the combining of napthenic and palmitic acid) came from. Yes, the terrifying immortalized weapon of the Vietnam War, featured in strike footage, the years of nightly TV coverage of the war, “Apocalypse Now” and many other places had (relatively) humble origins and an original benign purpose.  Please see Footnote 40 here.  Dr. Louis Fieser, Professor of Chemistry at Harvard, was quite the gardener, so much so his place got newspaper coverage, but weeds were the bane of his existence, just as they remain to this day for multitudes of homeowners.

The good professor certainly never imagined his weed killer would rain from the heavens, after being turned into a terrifying weapon in the air and on the ground, but in 1942, that all changed. Japan, goaded into action by carefully planned sanctions and military provocations by the US, attacked Pearl Harbor, in which President Roosevelt had thoughtfully positioned the Pacific Fleet, over the objections of its commander who wanted secure Los Angles Harbor. This, mind, was after fleet exercises in 1929 had shown Pearl Harbor was vulnerable to air attack!  And while we tend to think of napalm as a tactical weapon, in World War II the US used it strategically against Japan's heavily wooden structure cities, creating vast devastation and fatalities in Tokyo alone far exceeding Hiroshima and Nagasaki put together. Napalm was heavily involved in the still notorious bombing of Dresden, Germany late in World War II, This is but the tiniest part of the heavily documented How Stuff Works piece on napalm. Be aware, though, there are some inaccuracies, especially the claim that napalm can be shot from a cannon. It can't. For napalm to be effective, it needs a thin-walled, easily crushable casing, whereas an artillery shell requires a casing tough enough to handle 100,000 Gs acceleration (for comparison, a car a sports car might be able to pull, say, 1,5 Gs when making a hard turn).

Should tell you that I have a direct familial connection to napalm, in that family friends, the best F-4 Phantom II aircrews the Air Force had, were flying flak site killing missions in the DMZ (De-Militarized Zone) between South Vietnam and North Vietnam during the Vietnam War. They went to went to battle in a bird loaded with highly classified gear and my father's personal assurance (he honchoed the engineering on it) it would work in combat, which it did. The sensor equipment, for a TOP SECRET program called PAVE FIRE III, and what was in the mens' heads, were so sensitive that the flights had both fighter cover and napalm-loaded aircraft overhead as well with orders to destroy both if the plane went down!

Shall close with a site tied to the book and TV documentary “Napalm.” The video is quite good, but there are a few errors early, notably that the weapon was specifically designed from scratch in a rush to meet a war requirement, but it wasn't. The underlying basic chemistry was already done. In these days of hypersensitive students being triggered by, well, practically everything, it's important to note that the first napalm explosion, which was static, took place on the Harvard football field!