UNICEF (United Nations Children's Fund) in a recent commercial in Chile, of all places, has gone so far out in its ad that it's left the planet altogether! How? It's teaching Chilean children (in what's almost certainly a trial balloon and psychological shock test for the kids, parents and society at large) about understanding and accepting children who are overtly Reptilian alien-human hybrids. To anyone who's studied UFO abduction history, talked to survivors or both, the theme of hybrid alien-humans is a strong and ongoing one. Some women were abducted, impregnated by various means, released, had their babies removed, and were later shown frequently sickly looking alien-human hybrid infants, which they were directed to hold, caress, etc. Personally know of a family in which at least three generation have been successively snatched. So bad was that situation that the poor lady in the third was told that because she had to have a hysterectomy (after having her female organs turned into a twisted mess (the name MixMaster was mentioned) her gynecologist couldn't begin to understand), “Now they'll leave you alone, dear.” But what has this to do with UNICEF's Mission Statement? My best guess from a purely intellectual analytical perspective is that this is an extreme reach on the inclusivity, anti-bullying and non-discrimination fronts, but my brain, guts, heart and history are telling me something altogether more sinister is what's really going on here. Indeed, I got a chill just watching it. But why?

Though in popular perception in the US flying saucers became a thing as a result of the famous/notorious Roswell crash in 1947, in reality the history in this country went back to at least 1898 or so, with the Aurora, Texas crash of an “airship” and numerous sightings of craft all over the world. In the early 1950s, saucers were all over the place, including squadrons of them over Washington, DC for a string of nights in July 1952! 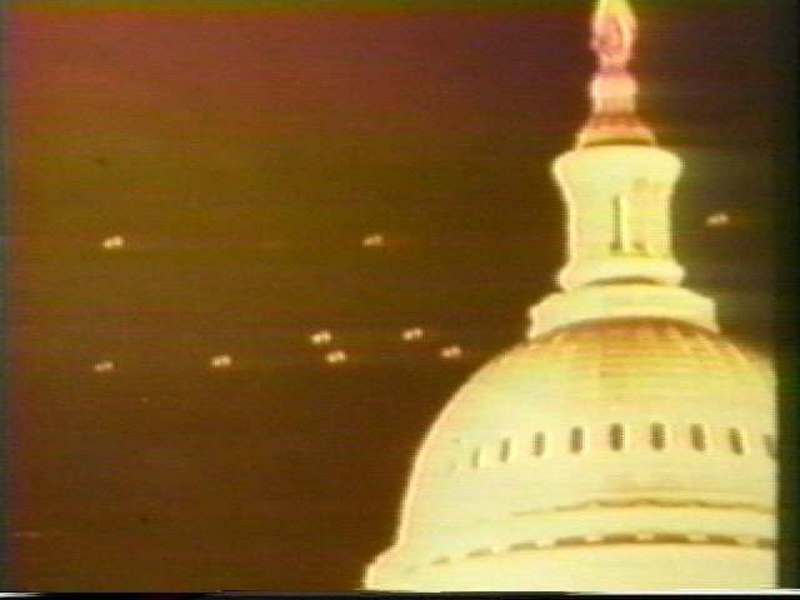 This was freaking out some Americans but also causing defense problems, because there were issues of misreporting, concern that the craft were Russian, the real possibility of launching a nuclear attack on Russia as a result of a UFO intrusion, to name but three. But when the CIA convened the Robertson Panel, broader, bigger issues were noted, including the likely collapse of religion and the implosion of a society which felt it was alone in the Universe and supreme among mortal life. The education solution decided upon then (page 19 et seq.) was two track: accurate identification to ensure Russian bombers weren't mistaken for flying saucers, and debunking. Later on, in the notorious and murderous UFO control group called MJ-12, there developed an ideological split between those who believed in perpetual debunking of the reality of UFOs and their occupants, not to mention SF level technology, at all costs, while the other group wanted a gradual and safe incremental release of information to the public over an extended period.

From that came an intelligence operation called the AAP (Alien Awareness Program), which was first revealed in a short sidebar piece in UNICUS magazine in the 1980s. The item described a UFO research group called AITRAD (don't recall the full name) and its phenomenal source, a retire three-star general called Three Star. To my knowledge, this is the first appearance of the AAP.  Years later, my own high-level, many times proven right spook sources not only confirmed the program was real, but described being invited to join and flatly refused, after learning that the program was mixing real revelations with disinformation and wanted no part of lying to the American public.

The above is but one facet of a much broader program of deniable information seeding. Consider, for example, the effects on the public of such shows as “My Favorite Martian”, “Mork and Mindy”, “Alf”,  “Star Trek” family of series, “Lost in Space”, “The X-Files”, the two separate and chilling “V” mini-series, “Babylon 5” and many others. What were the viewers exposed to? Among others, they learned: We're not alone; that not only is there life and sentient life, all over the galaxy, but it comes in myriad forms, exhibits all sorts of different traits, may or may not be hostile, is often far beyond our tech or even our ken. To some beings, we are playthings; to others, cherished beyond words–as infants who might, with time, develop into beings worth interacting with. Some view us as slaves or even dinner, while others require worship. Psychic powers are real, and include, variously, precognition, clairvoyance, astral projection, telekinesis, etc. Aliens can be friendly, hostile, neutral, indifferent or not even deem us sentient, more like lab rats or cockroaches. Some beings are de facto gods, while others are made of energy and feed on it. This is by no means a comprehensive list.

In Part 2, shall present a quick rundown on expressions of the same sort of education being done by movies, and some people are in for quite the shock when they see what real information has been laid before them but packaged as entertainment.