Admiral John C. Wylie, Fleet Commander in Chief, who first presented and analyzed the parallel Cumulative Strategy employed the the US in the War in the Pacific. Image Credit: John V. Chase press photo from 1931.

Q (AKA and wrongly, QAnon)  strategy is the subject of this new series, which I introduced in my last post. This was where I presented to the readers the difference between sequential strategy in the PTO (Pacific Theater of Operations) during World War II and the cumulative strategy noted by Admiral John C. Wylie as significant but not generally recognized as a real, active and parallel strategy. Where he went into quite the analysis of the various aspects of cumulative strategy, its use in the War in the Pacific, but then to much broader applications, this will be radically simplified for the sake of ease of understanding by a readership not likely to have been steeped military tactics, operations or strategic matters.

The grand strategy underlying Q and the Q movement is known as The Plan, and Trump's campaign speech explains our dire situation, what's at stake and what must be done. Part and parcel of that is the Great Awakening, which is having enough people eyes wide open after being Red Pilled into real awareness of what's going on and has been going on.

Q and the Q movement are designed to do just that, creating the foundation through which to systematically expose and undermine the enemies of We the People, allowing them to be dealt with by the sole remaining pro-Constitution body in the US government that has both teeth and the requisite Constitution-mandated legal horsepower to save the nation and restore power to the People–the US military. Remember the Oath of Service sworn by every member? “…to protect and defend the Constitution of the United States of America against all enemies foreign and domestic…”? Who used the military before to save the Nation?

US citizens who are seditionists, ally themselves with traitors or are themselves traitors can be declared Enemy Combatants, at which point their criminality is no longer subject to the almost wholly corrupt and rigged civil justice system but to military tribunals just like the ones that sent Lincoln conspirators to the gallows, Nazi spies and saboteurs to the firing squad and Nazis to the gallows for war crimes and Crimes Against Humanity. This is precisely why Q has several times plainly stated “The military is the only way forward.” And Hillary Clinton's full-on meltdown following an offscript Matt Lauer interview during the 2016 campaign shows she absolutely knows this to be true.

“If that fucking bastard [Donald Trump] wins, we all hang from nooses.”

In case she forgot, referring to Judge Cavanaugh's 2018 Senate SCOTUS Confirmation Hearing exchange with Senator Lindsey Graham doubtless cleared her mind of any doubts on the subject!

In the simplest terms, sequential strategy is classic warfare. In the PTO, this consisted of island invasions, naval battles, aerial battles and island hopping (bypassing Japanese held islands and leaving their garrisons to wither and their fortifications useless). That's the war of the standard accounts, the one taught in schools. But there was another war, a war largely fought without publicity. This was the cumulative strategy that destroyed Japanese control, capabilities, options and morale one tiny bit (generally) in any given instant. For the Japanese, it was the dread Chinese combined torture and execution method called Lingchi or “death from a thousand cuts” applied on an almost incomprehensible scale and over many years!

When the Navy's mighty Pacific Fleet lay shattered, sunk and burning after Japan's Pearl Harbor surprise attack (entirely foreseeable following Admiral Yarnell's shattering demonstration of what carrier attacks could do to Hawaiian air bases and the Pacific Fleet in 1932 during Fleet Problem #13), the US Navy no longer had the means to fight a conventional all-out decisive battleship engagement. By conventional standards, the US Navy had been eviscerated. But two key elements remained intact: the much ballyhooed during the war aircraft carriers and the little known submarines, and they were what enabled the US to carry on the fight despite the near annihilation of the once mighty Pacific Fleet. The basis of the cumulative strategy was to unleash the submarines primarily on Japan's transport fleet and  secondarily against warships, with the clear intent of slowly strangling acutely resource deficient (thus import reliant) Japan of the raw materials of war: oil, metals, minerals, rubber, food, etc., thus, slowly extinguishing Japan's ability to fight at all. Sometimes, the aircraft carriers could be part of the cumulative strategy, too. The justly famous Doolittle Raid on Japan accomplished vanishingly little militarily, but it was a mighty blow to Japanese morale, the feeling of invincibility and absolute confidence in the security of the homeland and the divine to them Emperor Hirohito. Other military actions by the Navy that day and in the next few by Admiral Halsey's TF 1 (Task Force 1) got no coverage and were so obscure I knew nothing of them in spite of studying World War II since childhood. They also are covered in the Doolittle Raid article.

When the war began, the Submarine Force at Pearl Harbor was composed of a whopping four submarines. Four! But it could have been much worse, for had the Japanese struck the fuel storage for the subs and their repair facilities, it might've taken years to resurrect Pearl Harbor as the powerhouse of US submarine warfare it became. Not only were our subs few in number, but they were old, possessed limited capabilities and were cursed with acutely unreliable and sometimes fatal to them torpedoes.

To return to the Q side of things, Q began as a veritable voice in the wilderness, albeit a very loud wilderness called /pol  (for politics) on 4Chan, a wide open internet board. Starting with a single cryptic post, the thought to be single person Q ignited the curiosity of /pol readers and began what would become an uncontrollable informational wildfire that provoked one extreme reaction after another, including driving Q and everything Q first from 4Chan, then 8Chan, by killing them both, with Q and related Anons ultimately landing on 8kun. Each such successive Chan or kun location was the only sanctioned Q posting place and place of interaction with other Anons. The messaging was so strong, the revelations made, and the discoveries made by the readers as a result of intelligence morsels, so devastating that it's fair to say war was declared on Q and the movement in reply. In the social media, for example, Facebook, Twitter, Instagram and TikTok have all banned pro-Q/QAnon posts, videos, etc. Run your own search under “qanon bans” if you think I'm making this up!

If there's nothing to the so-called “crackpot conspiracy theory”, then why the systematic effort to throttle the posts, posts about Q and info disclosures, by suspending or even banning myriad accounts on social media and attacking the Chan sites where Q posted? If , as we were told loudly, emphatically and many times this is a LARP (Live Action Role-Play)–think Lord of the Rings or Dungeons & Dragons in costume–then why such an extreme set of reaction? Does the President of the United States of America have the time for such nonsense?

But if it's nothing, then why was President Trump repeatedly seen doing explicitly Q things, such as drawing “Q”s in the air at a rally?

Did PRESIDENT Trump Just Make a Bunch of Air Q's at Phoenix Rally?

Why are he and his people doing this? 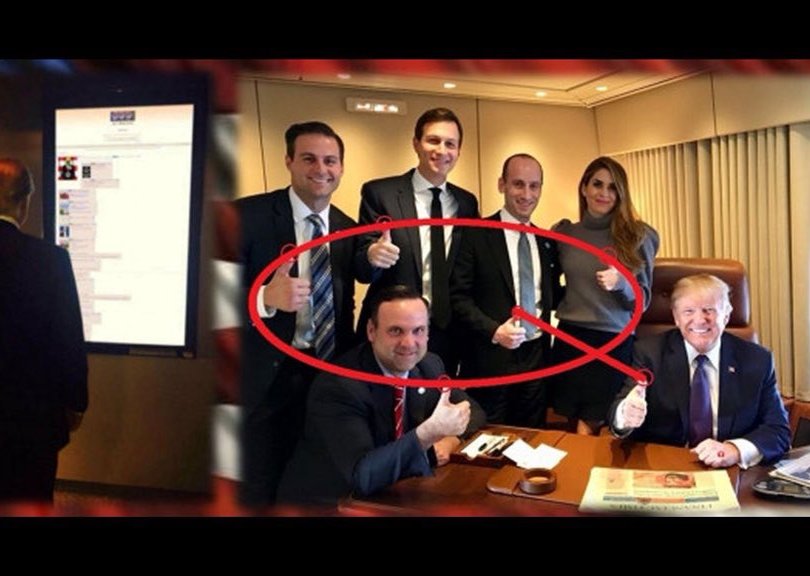 Why is he pointing straight at the “Q” on a Q shirt at one of his rallies? He knows! 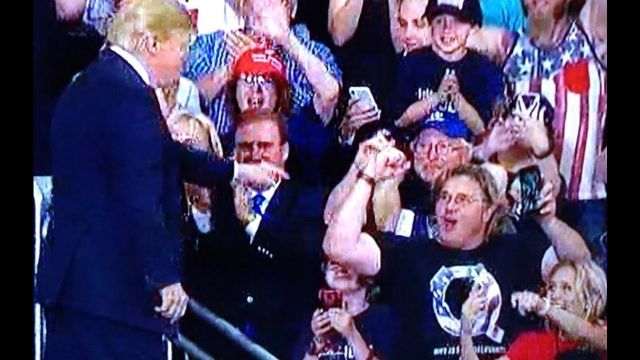 Q is the 17th letter in the alphabet. This is the Houston Astros gift to him. 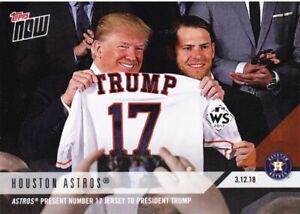 Notice that in both pics President Trump is holding the jersey himself, thus directly associating it with himself. Do you believe in coincidence? If they're gifts for him, why don't they show 45, his position in the list of presidents?

If Q is a “nothing burger” and a bunch of wingnuts, why have Amazon, eBay and Etsy banned Q/QAnon items? Incidentally, Amazon's original Q/QAnon ban left both Antifa and BLM merchandise untouched, but then Amazon got scorched over its blatant hypocrisy and double standards. Note, too, that Parler, the new haven for Q discussions after the major social media crackdown, was knocked out by Big Tech.

Ponder, if you will, how it is that a pro-Constitution, pro-2nd Amendment patriotic movement whose ostensible source has ALWAYS (for years) counseled nonviolence, letting the military handle rioters, supporting the rule of law, nonengagement with spoiling for a fight Antifa and BLM, staying home and such winds up being systematically characterized, even before January 6, 2021, as violent right wing extremists–when the avowedly  Marxist Antifa and BLM both run wild and unpunished for $8 billion worth of property damage and crimes including vandalism, arson, assault and murder?

The amounts of time, energy, effort expended by the media, pols, Big Tech, spooks and others to discredit and destroy Q is eclipsed only by the efforts against Donald Trump, starting from before he assumed office and continuing to this day. Have been watching this go on now for years.

Viewed logically, there are only two reasons for such a stupendous hostile response. Either the Q information and movement pose an acute threat to the globalists/Deep State State/Central Bankers, or they are already causing harm so severe and growing that their very survival is at grave risk.

In Part 2 we'll investigate, in detail, just what Q and the movement are saying and exposing that's caused such extraordinary abreactions in so many quarters at once. What is the damage mechanism at work? Can it truly be lethal? And what has any of this to do with that storm President Trump referred to at a White House event in which he appeared with his top military people?

JKI & I Back Online!