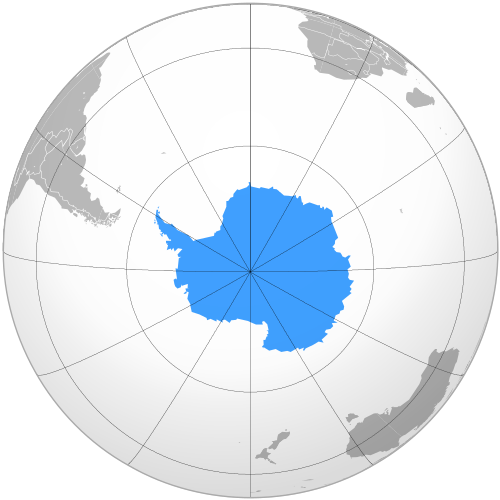 ETs/EDs (Extraterrestrials/ Extradimensionals) figured prominently in my last post, which provided video of one of the new pattern PSS (Planetary Stabilization Ships) of the LF (Liberation Forces). This post has had lots of views and for quite a period. But as the TV infomercials blare, “But wait! There's more!”

Germany's Antarctic Neumayer-Station III's webcam apparently recently revealed something even more impressive, in the hard-to- discern form of a potential huge UFO, allegedly a LF SP (Staging Platform) visible just above the horizon bottom left in this vid. This analysis is reportedly based on an image from www.beforeitsnews.com. The analysis was done by the poster of the vid, ja9sunbeam. Am still waiting to learn the program used, procedures employed and such. The principal work begins at ~2:49. This analysis was posted on February 7, 2013, so has likely been since overtaken by even bigger events. As ever, analysis always trails what's happened. UPDATE May 31,2013 ( Base image is now known to be from August 10, 2012. Also, info received from the analyst states the only tool used was an edge finder).

Readers should understand this piece is a preliminary look at the video evidence, with heavy supplementary reliance made on insights provided by a Ground Contingent and with major telepathic/intuitive communication input from a senior LF commander. Typically, Staging Platforms are used for command functions and may be used for certain logistics roles.

When interviewed, the senior LF military leader said this Staging Platform was for “classified Earth contingencies.” He went on to state that, just as a Ground Contingent had privately informed me earlier, this Staging Platform did indeed have hangars, docking points and refueling facilities. Asked about an escort for such an important craft, he unhesitatingly responded, “The ship can take care of itself,” which was immediately followed by a vivid image of something capable of utterly annihilating a planet.

When asked how big the craft was, I saw/”saw” some number crunching and decimal point sliding going on, after which came the result. 100 statute miles! Now, that may seem impressive, but readers need to understand that part of the reason these craft are so large is that the occupants make Goliath look small! Typically, the skipper is gigantic relative to the crew. Unsurprisingly, this means the ship must be designed to accommodate the largest being aboard. 100′ tall isn't uncommon, I'm told.

While interviewing the senior LF commander, it seemed like a good idea to check a hunch regarding just where this craft existed. As expected, this is, like the PSS from before, is another case of interdimensional bleed-through. Ordinarily, the SP wouldn't be visible to us on 3-D Earth, but the dimensional veil between us and the 4th Dimension is very thin and getting thinner by the hour. Further, it seems to be thinnest at the Poles. Where the sky happens to be crystal clear for extended periods. And Ground Contingent informs me that, just as Earth's horizon appears straight to us on the ground, but is really curved, the same is true of Space. The Staging Platform is supposed to be just below that horizon, for protection from the enemy. Didn't quite work out that way here. The senior LF commander seemed utterly unperturbed by this, opining “more grist for the ever growing Disclosure mill.”

Speaking of Disclosure, I've been getting more and more reports of blatant and continuous NWO (New World Order) chemtrailing which is not only blotting out the sky but wreaking havoc on vegetation. In the interview, I suggested this might be a major effort to conceal what would otherwise be increasingly visible overhead.

It was then I received a mildly indulgent thought form which boiled down to this notion. “Let them hide the sky if they will, for soon we shall sweep aside (shown immense vacuum cleaner sucking up all the chemtrails and other stuff) their curtain, and everything they've tried to hide will stand clearly revealed overhead (vision of sky full of shining ships). He went on to wryly note, “We expect a lot of “skeptics” to flat out go blind. Or catatonic. It's the only way they can survive in the face of such impossible-to-ignore evidence and an outraged public they've lied to for almost a century. And, no, this sky full of what you call UFOs will NOT be the Second Coming! That's a peculiarly Earth-based concept.”

Are Deep State DUMBs Under Attack In California?

If you value what John is doing here in his quest to get to the hidden, suppressed truth and share it with you, PLEASE DONATE – help keep us going!

John is on disability and our webmaster donates his time, but we do have real overhead costs.

Even a $1 per month donation would help – especially if enough people did it. We survive (if you can call it that) on donations to this point. Could you pledge a buck to help out?

Life in Hell, Pt. Whatever