Ark of the Covenant Raided! Really! 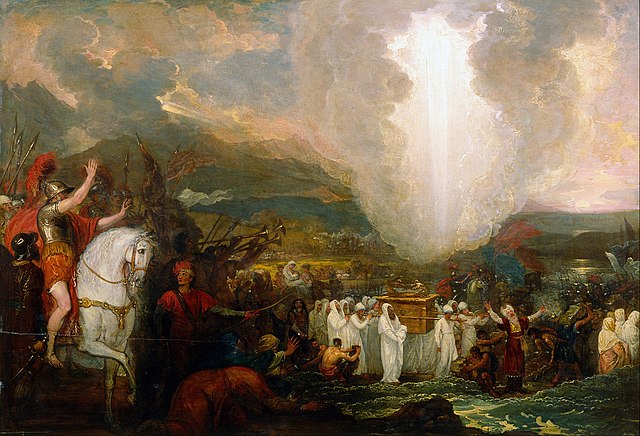 Thanks to thoroughly proven and very brave military-intelligence contacts, I'm in the position to provide information likely to cause cringing in a bunch of places, starting with Israel, whose covert operators, at what certainly has to be Israeli PM Netanyahu's order, one way or another,  executed this mind-boggling deniable op IDF raid which is seemingly more the stuff of movies than reality as most would define it. Rest assured, too, that Israel's success, once various parties finally “get it” and understand what's really happened, is certain to provoke controversy and outrage elsewhere, in all sorts of political, ethnic, religious, even scientific circles. This is absolutely a case in which truth is stranger than fiction.

It's a grand thing to have all sort of insider details of a raid I still have trouble getting my head around, but it's even better when you readers receive a proper context for this daring clandestine operation-which neither Ethiopia nor Israel admits ever happened and almost certainly never will. This is why I have the category “Hidden History” here on JKI, precisely to expose the hidden truth that shapes things from behind the scenes. In the in-depth continuation of this brain puree creating true story, I shall do exactly that. Meld the ancient past, the hidden side of the Renaissance, an obscure military action half a century or so ago and the latest hot intel to cover this bombshell in ways only I can. If this works as planned, I expect to be able to provide, ere long, the Big Picture concerning the Ark of the Covenant to you, my readers.

For the rest of this truly astounding, yet true, story, keep your eyes peeled for its appearance soon on JKI/SA, the subscriber-only part of JKI! John Kettler Investigates/Special Access–for the story no one else has–or may ever have!

The JKI/SA followup post “Ark of the Covenant Raided! The In-Depth Story 1” is now up and can be read here. Recommend you have a replacement head available, since yours may explode! If you're not yet a JKI/SA Member, you're going to wish you were. Why? I left some nice appetizers, but if you want the feast…

Programmed green crystal that gives a special power to humans that are close. There is more of them on the planet.

Maybe I can deal with this later, but right now, the Ark of the Covenant. is more than enough to keep me occupied

Hello John,
John, It’s getting tough out here… dis-info is in high gear
any thing you can add to make some sense of this up-side down world we now live in…tired of this duality…

Neighbor Dave, It’s been tough, and when the PTB feel threatened, they really go into high gear–oft clumsily and even inadvertently obviously. I do try to give some insights into what’s going on and why, but as someone with a host of sensitivities and who is an empath, this is a simply terrible situation for me, which is why my post creation rate is so low. Okay, that and writing about complex, complicated matters requiring lots and lots of explanation and context for a readership not generally geared for such things. Getting energy, mental clarity, focus and the informational array… Read more »

You hit a home run on this John,
you have my attention on this one…

please send my best to admin.

Many thanks for your response. I was beginning to wonder whether I’d mind bombed my readers into incoherence or something after having put out a bunch of blockbuster posts yet received no real reader reaction. A world exclusive insider account of a previously unknown saucer recovery and another on Navy deployment of weapon tech right out of SF got, I believe, no topic related replies at all. There will be, as things stand, two more Ark of the Covenant posts, one on the tech and the other on its journeys.